So the other weekend, I picked up trash along the Los Gatos Creek Trail. Not because I had to, but because I wanted to. It was my volunteer requirement for Leadership Los Gatos. The trails were fairly clean, except for bags of dog poo. I guess I should be happy that the owners are thinking of picking it up, but the truth is, if the dog went over in the bushes, the poo would decompose & disappear within days, but being in the bag, it's going to take a lot longer.

If you're going to bag the poo, at least put it into a garbage can.

Which brings me to my next rant. There's really not enough garbage receptacles along the trail. Ok, virtually none. If we want people to be good citizens, we should at least give them the ability to throw things out responsibly.

I think that's enough ranting for now. At least it was a really beautiful day. 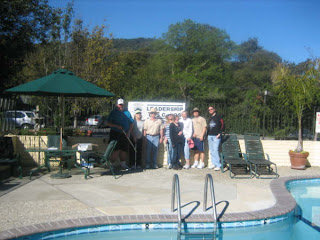